Varun Dhawan and Kriti Sanon starrer film Bhediya has been released in theaters today. This film, released on about 2500 screens across the country, is in great discussion. People who came out after watching the film have given a good response. Along with the reactions of the people, this film has also started trending on social media.

After the controversy of actress Richa Chadha on Twitter since Thursday evening, Bhediya has now grabbed the limelight. Bhediya has come on number one in the Twitter trend. In the trend, people have given good response to director Amar Kaushik’s Spy Universe film. The lively dialogues of horror comedy have tickled people a lot.

Got good response on social media
This film of Varun Dhawan and Kriti Sanon is performing well in the opening itself. The VFX of the film is also being praised a lot. Along with this, Varun Dhawan is also getting a lot of praise. Praising Varun Dhawan’s performance, people on social media said that after Badlapur, Varun has once again given a strong performance. The comic dialogues of the film have also won the hearts of the audience. Like director Amar Kaushik’s horror film Stree, this film is also being praised a lot.

made number 1 on twitter
Bhediya has been in the news since its release. People have given very positive reviews to the film. Richa Chadha’s tweet has been trending since Thursday. And since the release of Bhediya, Bhediya has become number one on Twitter. People watching the film said that it is a great entertainment film.

This film of Varun Dhawan and Kriti Sanon is performing well in the opening itself. 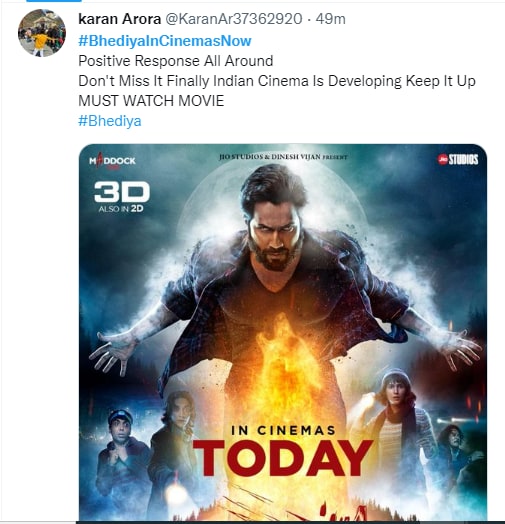 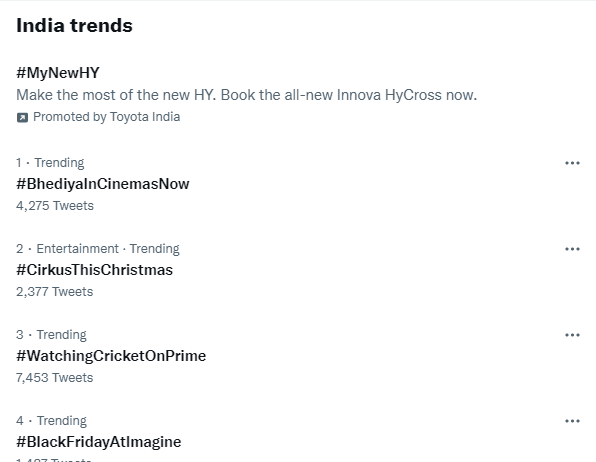 This film has entertained people. People said that Bhediya reminded them of the old days of Bollywood. In the olden days, great entertainment films used to be released in Bollywood. Now Bhediya also reminded the same old entertaining days through its brilliant comedy and good story.

Samsung will soon introduce new laptops of Book Go series in India, fast charging will be available with big screen

WhatsApp users will get the feature of Twitter, the style of chatting will change

Edible Oil Price: These oils including mustard, soybean become expensive, know what are the new rates